Have you ever read a published account of a research study, and been frustrated because the authors left out important details? Or been unsure what you should include in your own writing? Unclear reporting of a study’s methodology or outcomes can be more than just annoying—it may impede dissemination of the study’s findings and, in the worst case, lead to bad patient care or waste of health care resources.

Reporting guidelines such as the CONSORT (Consolidated Standards of Reporting Trials) Statement for reporting randomized controlled trials are designed to improve the transparency and replicability of published research studies. Since publication of the CONSORT Statement, numerous reporting guidelines have been developed for many types of research studies, ranging from animal pre-clinical studies to systematic reviews.

The EQUATOR (Enhancing the QUAlity and Transparency Of Health Research) Network is a group of individuals and organizations with a mutual interest in improving the quality of health research reports. The Network maintains an online collection of reporting guidelines and related materials, and also promotes the development and adoption of new reporting guidelines. END_OF_DOCUMENT_TOKEN_TO_BE_REPLACED

Researchers across disciplines are sharing their data more and more, whether because of journal or funder mandates, or simply because they personally prefer the openness to increase discoverability and reuse of their data. This sharing has resulted in millions of datasets described or deposited in various locations across the web, including general or discipline-specific data repositories, publisher sites, data journals, authors’ home pages, or institutional data catalogs such as the Pitt Data Catalog (for more information see the catalog’s about page).

In early September 2018, Google launched a beta dataset search to enable users to find datasets, no matter their location, through a familiar interface and simple keyword search.

Because the Pitt Data Catalog uses structured data to describe the data included, records from the catalog are retrieved in Google’s search (as shown below), increasing the visibility of research and potentially the number of views and citations of associated publications. 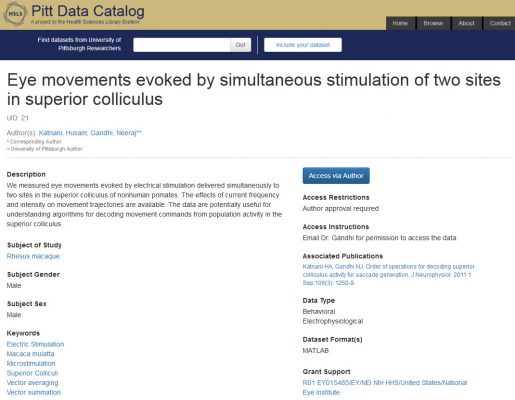 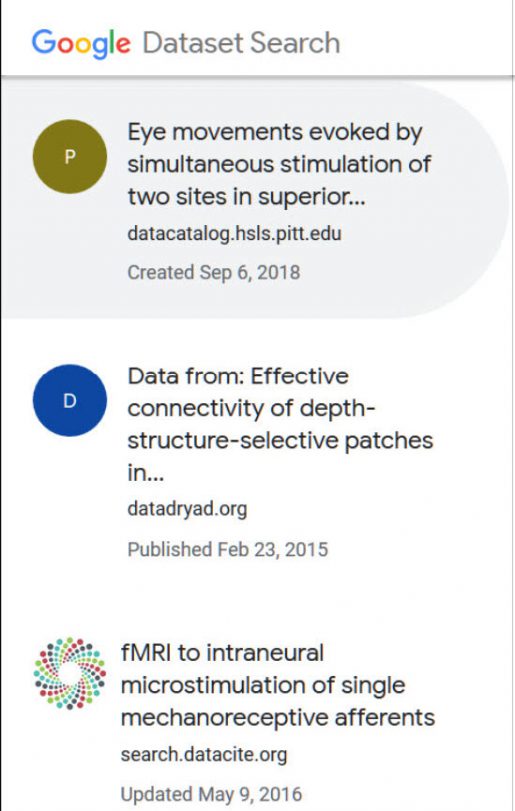 If you have datasets you would like to have described in the Pitt Data Catalog, please contact the HSLS Data Services team at HSLSDATA@pitt.edu or through our dataset inclusion form.

You already conduct literature searches with PubMed and you read free full-text articles from PubMed Central (PMC), so why try Europe PMC? Quite simply, because your current search strategy might not be finding all of the relevant information.

The National Institutes of Health (NIH) is implementing measures to update its 2003 Data Sharing Policy, issuing a Request for Information (RFI) to solicit public input on proposed key provisions that could serve as the foundation for a future NIH policy for data management and sharing.

Comments on the proposed key provisions will be accepted electronically through December 10, 2018. END_OF_DOCUMENT_TOKEN_TO_BE_REPLACED

The artist, Jacques-Fabien Gautier, later known as Gautier D’Agoty (1717-1785), was a French painter, engraver, and printer who moved to Paris around 1735. In the French capital, he briefly worked as an assistant to Jacob Christoph Le Blon, the inventor of a three-color printing process using red, yellow, and blue plates. After Le Blon’s death in 1741, Gautier not only took over the business, but he also successfully claimed the title of “inventor of color printing.” He secured the royal privilege and funding for his own printing endeavor to prove it. The basis of his claim was that in addition to the three plates of colors used by Le Blon, he introduced a fourth, black plate. He further refined the technique by switching the order in which the colors were applied. 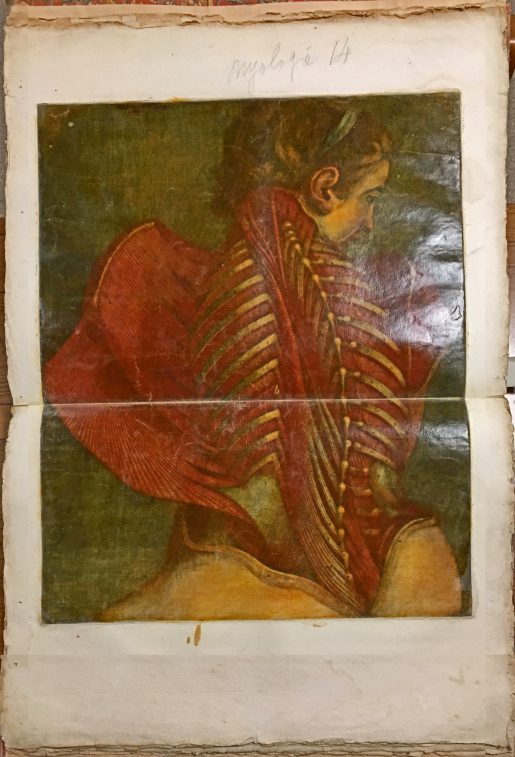 The “Flayed Angel” (also known as the “Anatomical Angel”) comes from Myologie Complete (1746), an anatomical atlas by Gautier D’Agoty. The large color plate (46 cm x 60 cm), printed across two folio leaves, is one of the biggest illustrations in the Falk Library collection. In it, a woman appears alive despite the fact that the dissector pulled away muscles like wings to reveal her spine. This beautiful rendering of a dissected body is one of 20 illustrations produced by this new printing technique, which consisted of a base etching and a mezzotint engraving of a copper or metal plate in which four separate impressions were made from black, red, yellow, and blue plates to give the final image its colors. END_OF_DOCUMENT_TOKEN_TO_BE_REPLACED

All author and presenter names in bold are HSLS-affiliated

Rose Turner has been promoted to Coordinator of Liaison Services. In this position, she will provide leadership to the library’s established liaison program and will coordinate efforts to develop optimal approaches for integrating research support, instruction, and scholarship activities into the schools of the health sciences.

Elaina Vitale has been promoted to Academic and Data Services Coordinator for the National Network of Libraries of Medicine Middle Atlantic Region (NNLM MAR), based at HSLS. This position has an expanded role in aligning NNLM MAR programs for academic libraries with evolving National Library of Medicine initiatives. END_OF_DOCUMENT_TOKEN_TO_BE_REPLACED