It’s easy to get caught up in splashy health news reporting that sounds like a miraculous medical breakthrough. Enticing headlines such as “Compounds Found in Carrots Reverse Alzheimer’s-Like Symptoms” or “Exercise during Pregnancy Protects Children from Obesity” can raise false hope in patients when science reporters and press releases fail to delineate animal from human studies in the headline. Even worse, it might be necessary to read half the article before discovering it is not reporting a human study. Although animal studies often do show great promise, a drug or therapy that works effectively in mice, for example, can often fail to work in humans.

Recently, James Heathers, a postdoctoral researcher at Boston’s Northeastern University, took issue with this health news reporting tactic and chose to confront the hype with humor by creating a Twitter account @justsaysinmice. Simply by adding the phrase ‘in mice’ to the sensationalized health headline, these tweets are an attempt to counter bad reporting one news story at a time. Since it began in April, @justsaysinmice has gained 59,000 followers.

For those of us without a trendy Twitter idea who want to learn and use best practices for communicating biomedical research for public consumption, turn to HSLS resources. To locate books, begin with a PittCat ‘subject heading browse’ using the phrase communication in medicine. You can also browse journals that publish on this topic, such as Journal of Health Communication and Health Communication, or contact a librarian by phone, chat, or e-mail through Ask a Librarian. Additional helpful resources are available online from the NIH including a Checklist for Communicating Science and Health Research to the Public, and the use of plain language for clear communication. 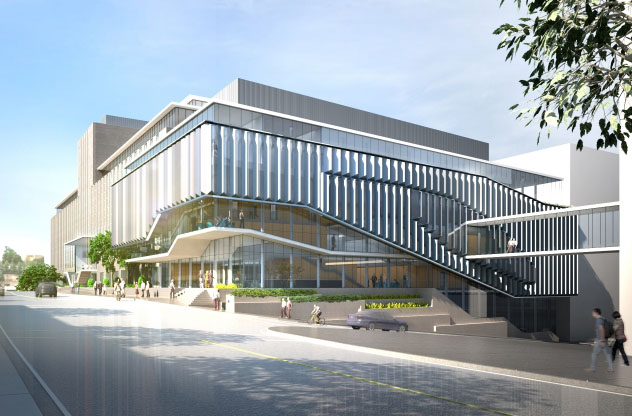 A new Falk Library is on the way! As part of the Scaife Hall West Wing construction project, Falk Library is embarking on an exciting renovation project. Highlights of the new space will include updated and expanded learning and study spaces, integrated technology areas, modular seating, and a new entrance on Lothrop Street, convenient for all health sciences students.

While the expansion and renovation of the library will provide exciting opportunities, there will be disruptions and adjustments as the project evolves.

In early May, over 90,000 volumes of bound journals and print books were moved to the University’s Thomas Boulevard storage facility. Although housed off site, the materials are readily accessible to library users via an HSLS Document Delivery Request. The Current Collection, a companion to HSLS’s extensive e-book collection, will remain in Falk Library as well as the small Leisure Reading Collection and the Rare and Special Collections.

Why do you need an ORCID iD? First, to enable others to find you and your work, and second, to automate funding, publishing, and other reporting requirements. Help ORCID work for you!

Privacy has justifiably become a major concern over the past several years, as access to Social Security numbers, bank accounts, credit cards, and social media accounts have been compromised. However, ORCID does not store any such non-public personal data. It is easy, however, to inadvertently constrain ORCID’s benefits by choosing an excessively restrictive privacy setting. END_OF_DOCUMENT_TOKEN_TO_BE_REPLACED

HSLS librarians were active participants in the Medical Library Association’s Annual Meeting held in Chicago, Il, from May 3-8, 2019.

Michele Klein-Fedyshin, MSLS, AHIP, BA, BSN, RN, was named a Fellow of the Medical Library Association (FMLA). Fellows are elected by the Board of Directors in recognition of sustained and outstanding contributions to health sciences librarianship and to the advancement of the purposes of MLA.

Recognitions continued with Barbara Epstein, MSLS, AHIP, FMLA, and Melissa Ratajeski, MLIS, AHIP, RLAT, for completing their term as Immediate Past President and Chapter Council Chair, respectively. Elaina Vitale, MLIS, was selected for the 2019-20 cohort of the MLA Rising Star program, which gives members the opportunity to develop skills and knowledge needed to become a leader in MLA. In addition, Carrie Iwema, PhD, MLS, AHIP was recognized for serving on the MLA Educational Steering Committee, which received the 2019 President’s Award. END_OF_DOCUMENT_TOKEN_TO_BE_REPLACED 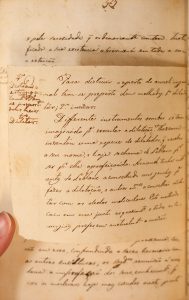 Among the many rare books donated by the family of Dr. Mark Ravitch, is a handwritten thesis on inguinal hernia. Its author, Joaquim Antonio dos Prazeres-Batalhoz, was a Portuguese naval surgeon and one of the first graduates of the Royal Surgical School in Lisbon. When the Régia Escola de Cirurgia de Lisboa opened in 1825 to educate surgeons, the school was associated with the Hospital de São José. It offered courses in seven subjects over a five-year period, but could not award medical degrees due to an insufficient curriculum. However, its graduates could practice medicine in places where there were no physicians that were educated at the University of Coimbra (the oldest university in Portugal with full privileges).

Students at the Régia Escola de Cirurgia de Lisboa had to pass exams in all subjects in order to graduate and they were required to take a three-day test: first, students defended a thesis on a surgical subject of their choice; next, they were examined in a surgical clinical setting; and finally, they had to pass a medical clinic examination. All submitted theses were manuscripts. In 1836, some of the manuscripts were published, although it was not required until 1869. Consequently, early theses are very rare. Batalhoz’s thesis is a unique manuscript written in 1827, the second year of the School’s existence. It consists of four chapters discussing, in sequence: (1) the anatomy of the body areas where inguinal hernias form; (2) the definition of inguinal hernia, its division, nomenclature, and formation; (3) the diagnosis of inguinal hernia; and (4) the treatment of inguinal hernia. The author refers to his predecessors and contemporaries, showing familiarity with foreign writings. The manuscript has sporadic crossed-out words and corrections to the main text, as well as marginal notes, but otherwise it is a very neat and clean copy written on Gior Magnani paper. A modern binder misspelled the author’s name as Ratalhoz and took the liberty to interleave the shorter pages with additions (originally glued to the page it followed) between the numbered pages.

Thése sobre a hernia inguinal can be viewed in the Rare Book Room by appointment.

Names in bold are HSLS-affiliated

From Protocol to Publication: Selecting the Right Reporting Guideline for Your Paper, Study, or Article, Wednesday, June 19, 3–4 p.m.