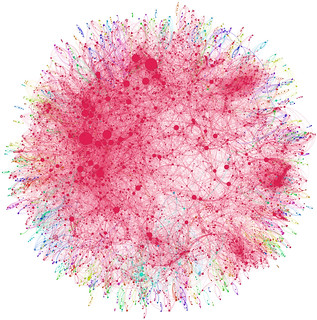 You’ve collected your data—now what? Having a basic set of data visualization skills will enable you to effectively communicate their significance. From understanding how your audience will interpret a bubble chart on your conference presentation to having proficiency with data visualization software packages, there is a wide variation in levels of mastery.

Begin by learning some of the basic principles of visual design. You may already subconsciously practice some of these. Many of us use symmetry when creating visual objects because it can create a sense of balance or cohesiveness. Other rules challenge conventional wisdom. Did you know that pie charts are controversial in the design world? In his seminal work, The Visual Display of Quantitative Information, Edward Tufte argues that pie charts should never be used because it is very difficult for the viewer to compare quantities. Over thirty years later, we still see many data designers continuing to use pie charts. On what side of the debate do you fall?

Whether you become an expert on beautiful and minimalist bar charts or learn how to create interactive three dimensional visualizations, data visualizations will help your audience explore your data for new insights and meaning.

Newly minted University of Pittsburgh Master’s and Doctorate holders may receive an e-mail from Lambert Academic Publishing, offering to publish your thesis or dissertation as a book. While this sounds flattering, there is no real advantage to taking up the offer.

Googling Lambert Academic Publishing will bring up a number of websites describing Lambert’s business model, which does not provide the author wider distribution of the work, royalties, or enhancement of their CV. If you sign with Lambert, you relinquish all rights to future publication, for all or parts of your thesis. Publishers generally require authors to sign copyright agreements, which vary in what rights the author retains of further use. In this and all other cases, be sure you are satisfied that the advantages of publishing, such as visibility and recognition for your work, outweigh any loss of control over the content.

If you publish with Lambert, your thesis will be published without editing and with virtually no format change from the final version approved by the University. You will be encouraged to buy a number of copies yourself in order to lower the price of the book for other buyers.

If you are considering publishing articles based on your thesis or dissertation work, see the HSLS Scholarly Communication Guide for information on selecting a publisher, open access publication, your rights as an author, and more.

HSLS is pleased to announce the availability of three new resources to help researchers analyze their biomedical data, and the renaming of one familiar tool.

Ingenuity Variant Analysis (IVA) combines analytical tools and integrated content to help rapidly identify and prioritize variants by drilling down to a small, targeted subset of compelling variants based upon both published biological evidence and personal knowledge of disease biology. Use IVA to consider variants from multiple biological perspectives, explore different biological hypotheses, and identify the most promising variants for follow-up.

Biomedical Genomics Workbench is a comprehensive and accurate data analysis platform that helps find the signal in the noise in cancer and hereditary disease NGS data. With its broad selection of end-to-end analysis workflows, tools, and visualization modules, it enables easy and accurate discovery, verification, and validation of novel disease biomarkers. Register for these new tools and receive access instructions. A Pitt or UPMC e-mail account is required to register for Biomedical Genomics Workbench, and a Pitt e-mail account for Correlation Engine, IVA, and KPA.  Please contact HSLS MolBio with any questions, and check the workshop schedule for relevant classes.

HSLS presents a new exhibit with a numismatic twist, The Ultimate Service Pin, a History of Nursing, by Dawn McBride. The author is a Clinical Research Project Manager at the University of Pittsburgh where she is also a nurse and collector at heart. She gives viewers a glimpse of nursing history through her collection of nursing pins and coins featuring nurses and nursing related symbols.

The exhibit is on display on the main floor of Falk Library, across from the stairwell, from September 19, 2016, through January 5, 2017. It is open to the public and can be viewed during the library’s regular hours.

NCBI’s new PubMed Journals allows you to follow journals in your field, browse new articles, and much more. 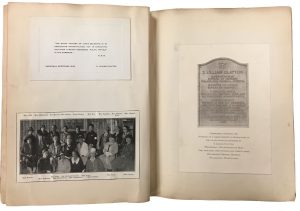 The idea of preserving memories, special moments, and histories in albums using scraps such as prints, bookplates, quotes, poems, calling cards, paper cutouts, press clippings, and photographs is not a new concept. In the United States, with the invention of photography and the appearance of a variety of patented photography and scrapbook albums, scrapbooking gained popularity in the 19th century. Today’s renewed interest in genealogy keeps the art of scrapbooking alive.

Falk Library has several interesting scrapbooks in its collections. There are albums from the School of Dentistry and the Western Psychiatric Institute and Clinic documenting Pitt’s contributions to research in related disciplines as well as illustrating special dentistry collections focused on the history of anesthesia. Other impressive topics include: a volume on curious customs, miracles and psychic occurrences, and three scrapbooks on the supernatural with newspaper clippings from the 1920s and 1930s on vampires, fortune tellers, human sacrifices, and magic. There are also two unique albums from the 27th Base Hospital in Angers during WWI and 27th General Hospital in New Guinea during WWII. Finally, there is a scrapbook honoring Lillian Clayton. 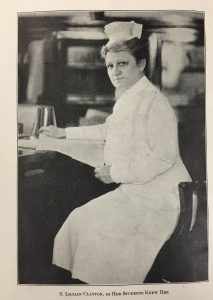 Sarah Lillian Clayton (1874-1930) was a nurse and a Superintendent of Nurses at Philadelphia General Hospital (PGH). She graduated from PGH Training School of Nursing in 1896 and began a nursing career that took her to Dayton, Minneapolis, and Chicago, only to return and complete her career in Philadelphia where she started. She became a national leader in nursing education, active in many organizations, and served as president of the National League for Nursing Education (1917-1920) and the American Nurses Association (1926-1930).

Clayton’s scrapbook was prepared by Florence Anna Ambler (Hay), one of her students and acolytes in 1930. It is a tribute to the distinguished nurse and includes photographs, press clippings, and typescripts of correspondence to and from Miss Clayton. In 1958, the scrapbook was donated to the University of Pittsburgh School of Nursing. Today it can be viewed in the Rare Book Room by appointment.

Author names in bold are HSLS-affiliated

Classes are held on the first floor of Falk Library (200 Scaife Hall) in Classroom 1 and on the upper floor of the library in Classroom 2. All classes are open to faculty, staff, and students of the schools of the health sciences at the University of Pittsburgh, who will need a valid Pitt ID or e-mail account. They are also open to UPMC residents and fellows, who will need to show their UPMC IDs. END_OF_DOCUMENT_TOKEN_TO_BE_REPLACED