Bloodletting is thousands of years old. The therapy was based on Hippocrates’s humours theory. Though controversial from the beginning, it was widely in use by the second century AD. Galen was an avid enthusiast of the therapy. Bloodletting achieved the height of popularity in the 17th and 18th centuries. Its wide acceptance waned in the 19th century, and at the turn of 20th century, was completely rejected as quackery. Bloodletting was often abused as a therapeutic technique for curing every illness. The recent discovery that therapeutic bleeding can be an effective treatment in selected conditions caused by iron overload, has led to the re-evaluation of bloodletting. A technique that was once seen as barbaric and ignorant, now has been revived in some instances.

The early instruments for bloodletting were as simple as sharp stones. By Hippocrates’ times, physicians used the predecessor of the lancet, called a phlebotome. It was a double-sided sharp implement used to cut the vein to start the flow of blood. The thumb lancet (with an adjustable blade) was introduced in the 15th century. As the therapy gained in popularity, inventions of new instruments followed, such as spring lancets and scarificators, which appeared in the 18th century.

The spring lancet had a blade attached to a wire coil. Upon release of the spring, the blade penetrated the patient’s body. Thus, a physician did not have to apply manual pressure. He could also control the depth of the incision by changing the pressure on the spring. Lancets were used in venesection to remove large amounts of blood. 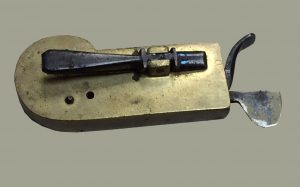 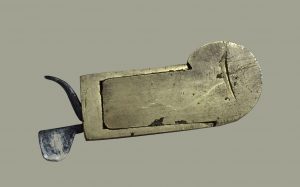 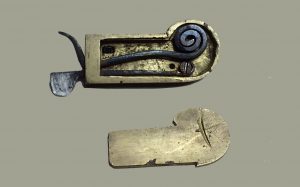 The scarificator was a multi-blade instrument used for making several cuts at the same time, thus rendering repeated incisions with a lancet unnecessary. However, since it only cut through capillaries, it required cupping to increase blood flow. In wet cupping, the heated cup was applied to the slightly slit skin. The vacuum effect helped to remove the blood.

For more information, send an e-mail to the History of Medicine.