When Robert Bruce, the first principal of the newly chartered Western University of Pennsylvania (now University of Pittsburgh), indicated in his 1822 inaugural speech the need to have a medical college in Pittsburgh, it still took over 60 years for this historical event to come to fruition. The first attempts to interest influential people to create the medical school ended in failure. Even after a cholera epidemic in 1848, pressure from Pittsburgh area newspapers to establish a college in the public interest was ignored.

It was not until the spring of 1883, when the initiative was spearheaded by physicians Cyrus King, J. Chris Lang, Whitmore Snively, William Asdale, James Murdoch, William Wallace, and C. Henry Emmerling, that it finally moved forward. The Allegheny County Court granted the charter to create the Western Pennsylvania Medical College on June 30, 1883. The founding physicians started with nothing, but soon stockholders were sought, land was purchased, and a new building at Thirtieth and Brereton Streets (Polish Hill) was ready for new students on October 5, 1886. It would take another six years to affiliate the school with the University.

The exhibit, currently on display on the ground floor of the Falk Library, recreates the required readings published in the Western Pennsylvania Medical College’s Announcement for the year 1886-1887. The recommended reading list for students, filled with medical classics, consisted of more than 60 titles. The exhibit is divided in three exhibit cases, each case devoted to a different year, beginning with books focused on anatomy, chemistry, pharmacology, histology, and hygiene for first year students, and ending with books on clinical practice and various medical specialties for third year students.

Though the newly opened school was hailed as “one of the largest, most commodious, and perfect Medical College Buildings in the United States,” and offered two large lecture halls, spacious and well equipped anatomical, chemical, pathological, and histological laboratories, as well as access to the Albert G. Walter Museum, a large collection of casts illustrating deformities, bladder stones and other specimens, it did not have a library. The private collections of professors will form a formal medical library at a future date. It’s quite remarkable that we can display the books students were required to read in 1886, many of which were the foundation of today’s Falk Library of the Health Sciences.

The exhibit is available for viewing during regular library hours. 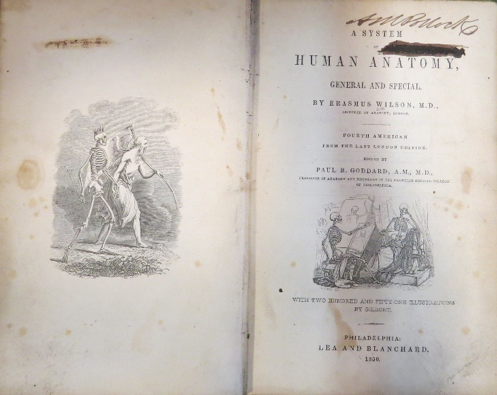 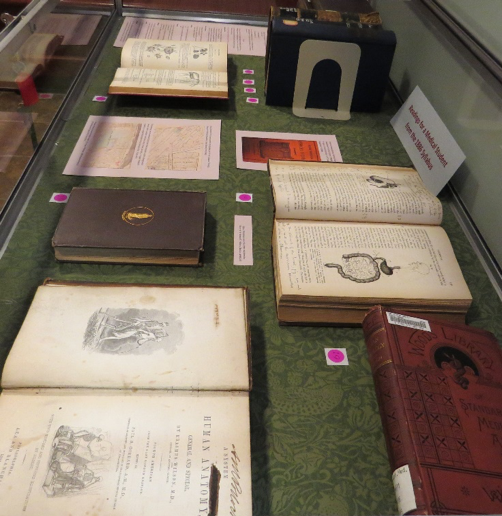 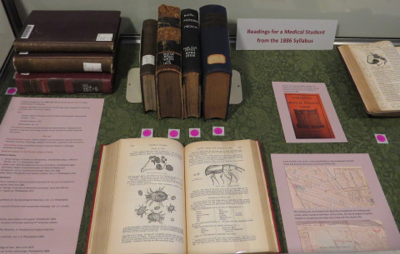