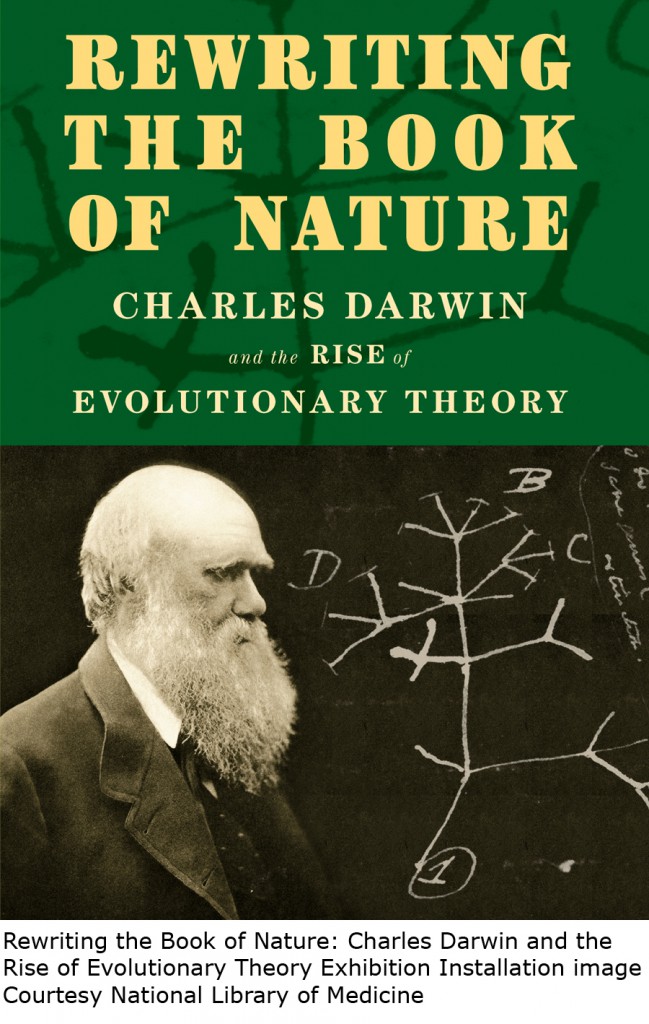 HSLS will host Rewriting the Book of Nature: Charles Darwin and the Rise of Evolutionary Theory, a traveling exhibit from the National Library of Medicine, from August 26 through October 6, 2012.

In connection with the exhibit, HSLS will host two lectures:

When On the Origin of Species appeared, Darwin was immediately seen as a proponent of a new science and a new way of thinking about the world. Radical in sweep, Darwin’s idea of naturally innovating and endlessly changing webs of life undercut all previous sciences. His theory was a threat to those who relied on a given and settled order for meaning and for power. Compounding its impact was its appearance at a time when liberal reforms in Western society and technological advances provided a social and economic motor for a changed world. Now, 150 years later, Darwin’s vision forms the foundation of the modern biological sciences.

Dr. Jonathon Erlen, HSLS History of Medicine librarian, observes, “More than 150 years after publication of On the Origin of Species, the National Library of Medicine exhibit provides an excellent opportunity to learn about how it came to be written and consider not only its immediate impact in Darwin’s day but also its reverberations into our own.”