At this year’s annual Medical Library Association conference, we reported on the results of our study which examined the type of evidence used to support content in some commonly used Point of Care (POC) products.  The five POC products included in the study were UpToDate, Clinical Evidence, ACP PIER, DynaMed, and FIRSTConsult.  The references from four topical monographs—hypertension, hyperlipidemia, carbon monoxide poisoning, and asthma—were analyzed in each POC product. The objective was to determine the level of evidence1 of each of the references; for example, a systematic review publication has a higher level of evidence than a practice guideline, which in turn is higher than a case report. 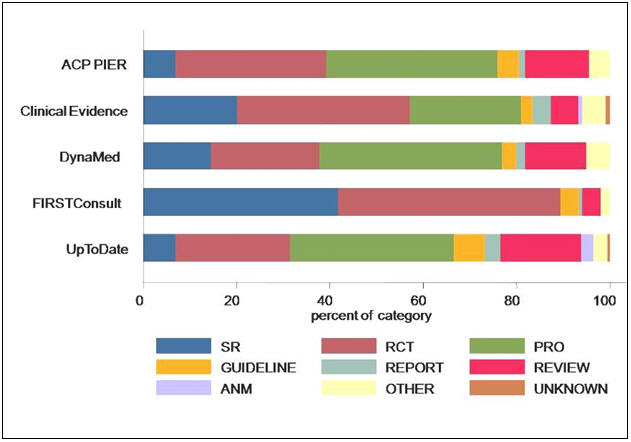 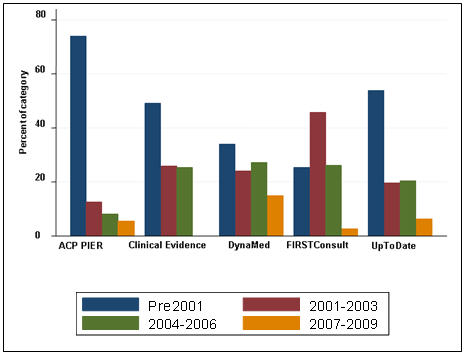 Readers should interpret our findings with some limitations in mind: relatively few topics were analyzed, and the type of research published is likely to vary depending on the topic. Also, despite efforts to categorize the citations by publication types as objectively as possible, some designations had to be subjective.