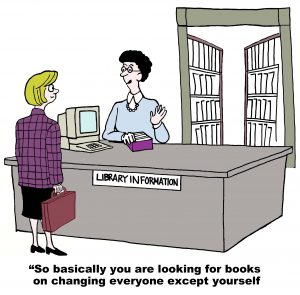 Before Google, librarians were a major source for all types of information. Since the birth of Google in 1998, it really hasn’t changed all that much. October is National Medical Librarians Month, so this is a good time to write about “interesting” questions HSLS librarians have received over the years. Some are funny, odd, or just unusual.

One thing about librarians…no matter what the question, we treat all of our users with respect and try our hardest to help! Will you always get the exact answer you want, maybe not, but we’ll do our best for you!