William Withering (1741-1799) was a British polymath, botanist, mineralogist, and chief physician at the Birmingham General Hospital. He attracted the attention of the medical world to the virtues of common foxglove (also known by its Latin name, digitalis) in the treatment of dropsy when he published his famous work, An Account of the Foxglove, and Some of Its Medicinal Uses, in 1785.

His work with digitalis resulted in numerous accomplishments. For example:

His impressive work was one of the first modern studies of drugs. It was probably the reason foxglove was re-introduced to the Edinburgh Pharmacopoeia, after it had been purged as not useful during an earlier cleansing period. 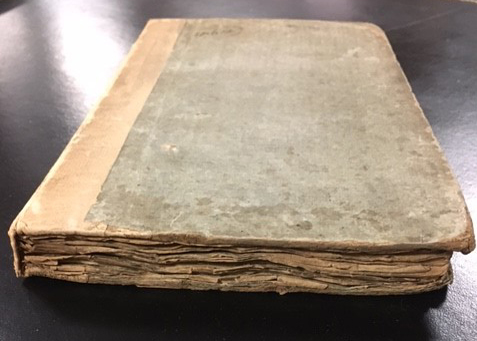 At the time the book was published, other physicians were using digitalis inappropriately. Although Withering’s study did not resolve all uncertainties between the heart, dropsy, and fluid retention, it was an advance based on clinical observation that changed medical practice forever.

The copy held by Falk Library was a gift from James D. Heard, MD. It is bound in unassuming gray paper boards, but does not have the plates listed on p. xxi or color illustrations mentioned in other copies. The text, however, is one of the landmarks in the history of cardiac disease.