Treasures from the Rare Book Room: Joseph Hodgson’s A Treatise on the Diseases of Arteries and Veins, Containing the Pathology and Treatment of Aneurisms and Wounded Arteries

Joseph Hodgson (1788-1869) was a British physician who practiced at Birmingham General Hospital and St. Bartholomew’s Hospital in London during the first half of the 19th century. He is best known for describing the aneurismal dilation of the aorta, later named after him as “Hodgson’s Disease.” He described this condition in his book, A Treatise on the Diseases of Arteries and Veins, published in London in 1815. His work was accompanied by an atlas titled Engravings Intended to Illustrate Some of the Diseases of Arteries. Author Leslie Morton claims these are “the best illustrations of aneurysms and of aortic valvular endocarditis.”1 The atlas includes eight plates with 23 illustrations accompanied by explanations. All illustrations were drawn by Hodgson himself and engraved by either J. Stewart or G. Shury. 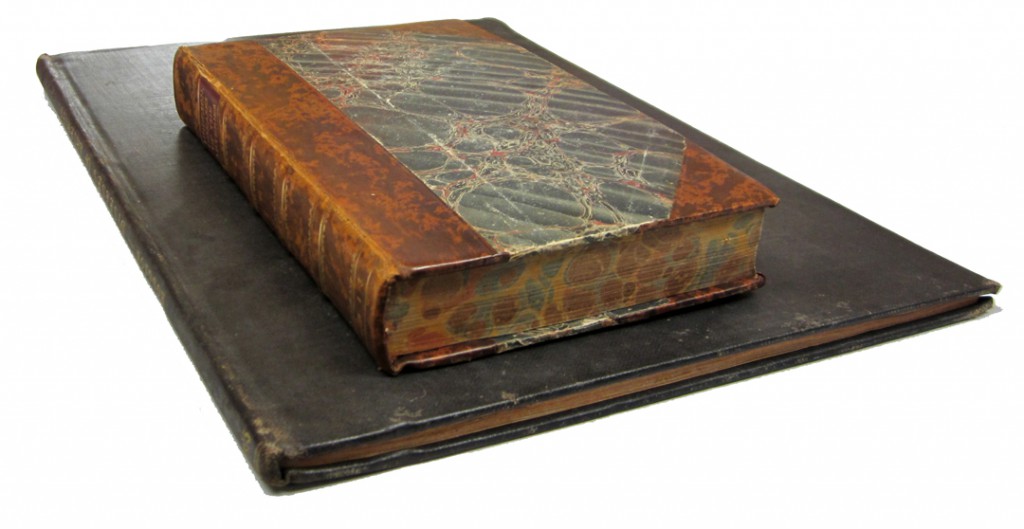 Falk Library’s copy is an example of a beautiful half leather and marble paper binding, with marbled edges. The accompanying volume of illustrations has a slightly less exciting cloth binding, but both are in a good condition and make a 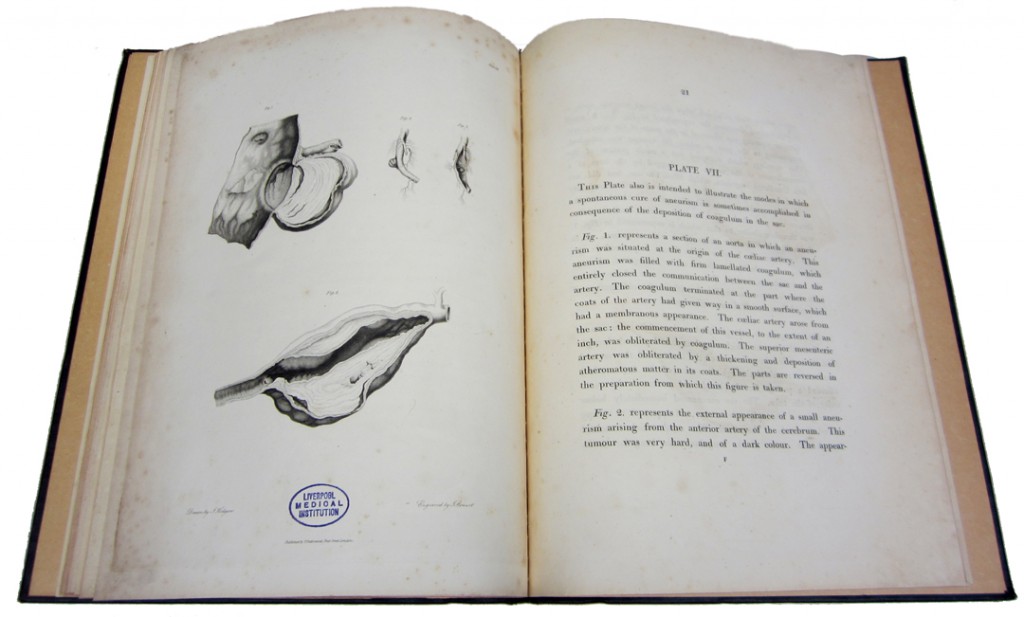 valuable contribution to the wealth of Falk Library’s historical collections.

The book belonged to a noted British surgeon, Edward Robert Bickersteth, supporter of Lister’s antiseptic treatment of fractures and author of ‘”Remarks on the Antiseptic Treatment of Wounds” published in Lancet. His son, Robert Alexander Bickersteth, also a surgeon, presented the book to the Liverpool Medical Institution in 1923. How it wandered from Liverpool to Pittsburgh one can only guess. The book was then presented to Falk Library by the members of the Minutemen of the University of Pittsburgh School of Medicine in honor of Alexander Hunter Colwell, MD, former faculty member at the School of Medicine and past president of Allegheny County Medical Society.