Not Your Stereotypical Librarian!

HSLS cataloging librarian Gretchen Maxeiner was featured in the January 2011 Living in Washington County article, “Ice hockey leagues are booming throughout Southwestern Pennsylvania.” The article focuses on the popularity of amateur ice hockey in the region, particularly women’s hockey.  Maxeiner (seen on the right below) has played for the Pittsburgh Puffins for nine years and serves as a board member and statistician for the Pennsylvania-Ohio Women’s Hockey Association. 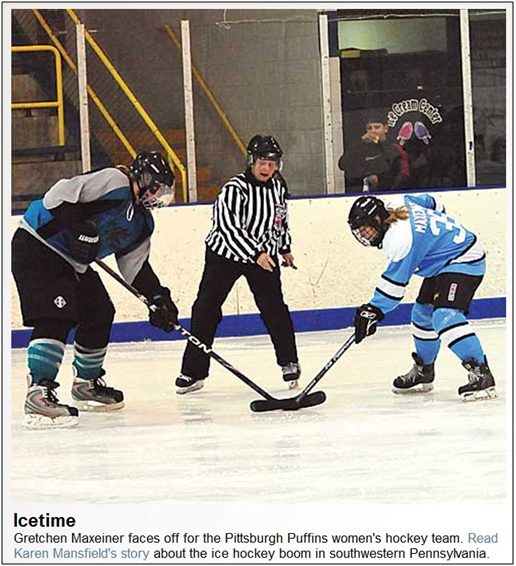 Photo used with permission from the Observer-Reporter.