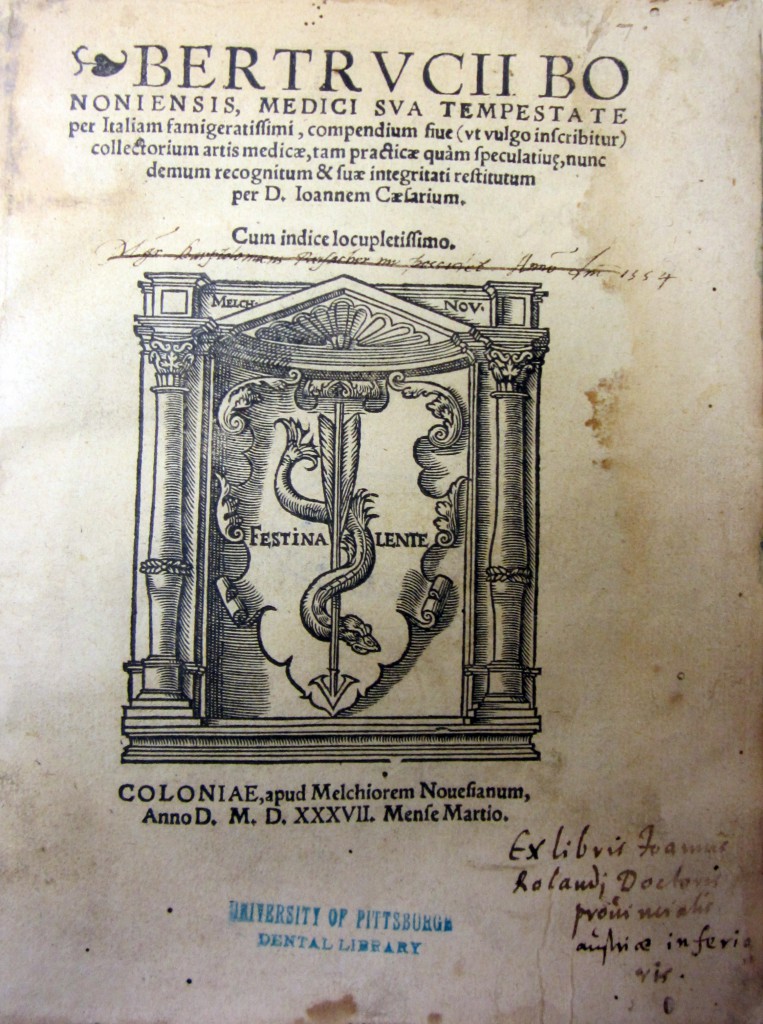 Little is known about Nicola Bertuccio (d. 1347), the author of the Compendium sive (ut vulgo inscribitur) Collectorium artis medicae, published in 1537. He was associated with the University of Bologna, a center in medieval Europe for the study of medicine, where dissection began to be practiced around 1300. Following the research of his teacher and predecessor, Mondino de Liuzzi, Bertuccio contributed to the revival of anatomical studies. His teachings attracted Guy de Chauliac, the author of a seminal work in surgery, Inventarium sive Chirurgia Magna, to come to Bologna to study surgical techniques.

Though his life remains undocumented, his work has left a permanent mark on the study of medicine. Bertuccio was an authority in surgery, but in practice he preferred nonsurgical procedures. His most notable writing was a systematic collection of diseases and treatments. For each ailment he discussed etiologic factors, gave the rational and empirical treatment, described the symptoms, and provided his prognosis for recovery. There is one chapter on anatomy which includes a description of the brain.

This work was very influential and remained in demand long after his death. In the 16th century, four editions were published. Even today, it has ignited the interest of researchers and become a prime example of a treatise containing medical precautions for physician conduct.1 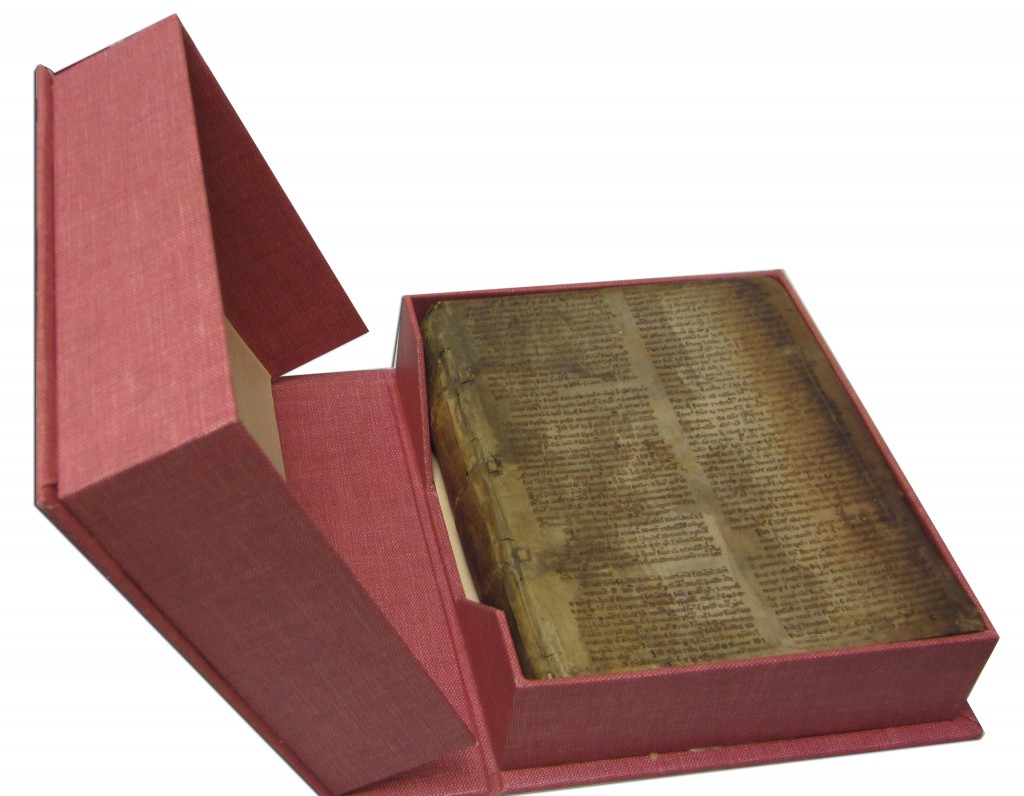 The copy in Falk Library has vellum binding covered with old Latin writing. It was a common practice of the past to reuse old manuscript pages for binding since vellum was expensive.

The exact provenance is not easy to establish, but the copy bears handwritten notes in Latin of an early owner, physician Johann Roland. At some point it belonged to a convent library in Vienna. It was acquired by the University of Pittsburgh Dental School Library in 1929. From there it was transferred to Falk Library.